A Wing Excursion by Kris Willams 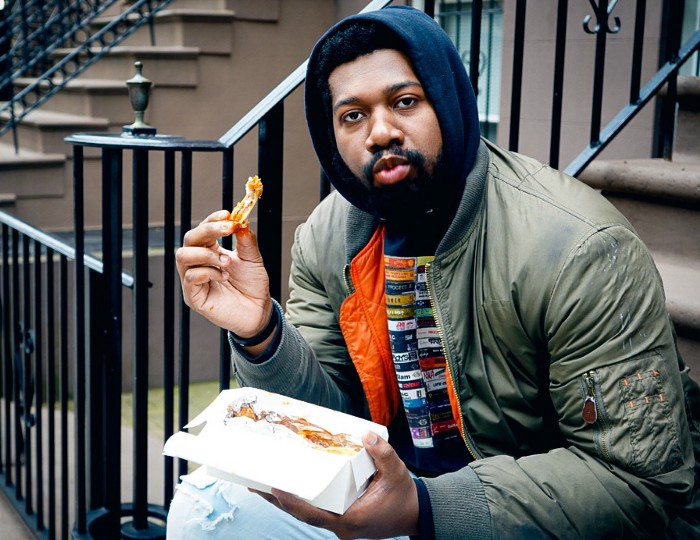 Whilst many suffered, I had the incredible privilege to still have an appetite during 2020’s series of unfortunate events.

While struggling to save my $1200 stimulus check on top of getting frustrated trying to apply for unemployment online, I managed to keep one thing going. And that’s my love for hot wings.

Here are the TOP 10 restaurants to try out during the pandemic (from worst to best!)

Here’s Why: I hate to start off this way, but sometimes it’s just a bad restaurant. If you’re me (and I’m sure anyone goes through this if you have bad service at a restaurant) no matter how good the food is. It’s just plain bad. Cocu decided to not only have bad service they also wanted to have shitty food!

Now, I know I shouldn’t expect much from a French restaurant serving chicken wings as well as toughing it out through a pandemic, but God Damn Bro! Can you add a little bit of seasoning to the chicken? I asked for hot wings not Karen’s famous fried chicken recipe. The meat was dry and wasn’t even fried long enough. Zero effort into seasoning the wings and served sour cream instead of Blue Cheese! WTF? When I went to ask for blue cheese they say they ran out! Then to make matters worse. The service was horrible. Maybe it was just a bad day. I’m not sure. But don’t get mad at the only customer you had all week.

Here’s Why: This local college bar is 5 min from Columbia, hence the title of the bar.

When I entered the bar it was pretty lively. Music was blasting, there seemed to be a lot of regulars just relaxing by the bar. (Early pandemic) I ordered my food and the server was really sweet as she danced to our soon to be president: Kanye West.

I waited entirely too long for my damn hot wings. 30 mins to be exact. There were no Uber eats, seamless deliveries. Just people drinking at the bar. Oh, I forgot to mention that the chefs were at the bar drinking as well. So no fucks were given that day. But, I’d expect that from a local college bar. So fuck it, right?

My food finally arrives. I go and take it outside and eat it. Now the wings looked amazing. But biting into them almost made me want to turn vegan. There was so much blood on every bite I took combined with the Tabasco sauce it was tossed into. Made it really hard to even continue to eat. Makes you wonder how drunk you really get at bars and if the food is really good at all or are you just craving something to snack on.

Here’s Why: The food tastes just like the personality of the staff and the outside of the restaurant: DRY. Although the neon ‘ K’ on the word duke was blinking I like that for some strange reason I thought it would denote the place to have some character.

The food was presented nice. You know the usual: celery, carrots. To my surprise the wings were a good size. They looked grilled and smelled good. What pissed me off was the fact that they chopped a chicken wing in half to make a wing. For those of you who don’t know. This is a way of saving money on food. When dealing with Big Kris. You get no passes!

While chewing I tasted a dressing. Almost like a French dressing mixed with hot sauce. It reminded me of special sauce on the Big Mac from McDonald’s, just hotter. Very disappointed. Way to lift me up to just drop me Duke!

Here’s Why: I feel like a lot of places just don’t give a damn about hot wings as much as they should. And it’s even more confusing when a place that literally has the word wings doesn’t put much effort into their product.

This place gave me high hopes. They had a cool neon sign outside the establishment . The names DAN & JOHN seemed like two individuals who knew what they were doing. Those names seem to hold weight to them when you say them together (like they’re about that life). I expected to have the hottest wings I’ve ever had with some form of a special sauce. Again, disappointed.

The wings were not seasoned and just tossed in a bowl of some cheap sauce they got next door at their local deli. The size of the wings weren’t bad though. But they had that soggy tissue feeling like they weren’t cooked all the way.

Here’s Why: The only reason why I gave them a good rating is becasue they were nice and gave me my shit for free… two orders of wings. One hot wings and the other Jerk.

The hot wings they hyped it up entirely too much and were very proud about it, but they failed. They smelled hot and spicy and gave off that “damn these shits might be too hot!” smell. But in the end, no effort was being put into it. They were literally wings that you just devour drunk.

… Now the jerk wings were surprisingly good. Especially for a white-owned establishment. (Yes I said it). My only problem with it was it was entirely too salty. And the amount of oregano poured onto it almost looked like they were shaking it and the cap fell off and they said “oh shit” and then just left it!

But you shouldn’t expect much from a sports bar whose servers wear scarfs to cover their breast.

Here’s Why: Korean BBQ is always done a certain way. And they don’t use your traditional small wings that we are accustomed to here. They use chicken wings and cut them in half. Not a fan, but these guys know how to season their food to a point where they’re hot and taste good which is important. They’re not too hot but enough to make you cough to get people around you to think you have the virus.

I recommend you come here! If you’re over in Harlem!

Here’s Why: For starters, I love this burger joint! Large burgers are always consistent with presentation and taste. But they have a little secret. Literally a little secret! Tiny ass wings that are quite good. Although you can put three in your mouth at the same time, they’re not bad!

They drown the chicken in sauce but it doesn’t take away from the crispiness of the wings. You can tell they really fried the wings, tossed them in sauce, then put them back into the oven to keep the crunch.

They weren’t hot-hot but they had a kickback to them that made you clear your throat. This is a great place to use for catering.

Here’s Why: This restaurant that started off as a food truck by owner Lisa Fernandez who was also a finalist on ‘Top Chef’. (Side note: She took Vietnamese cooking and combined it with authentic Thai flavors and created a recipe that makes you want to lick the bowl after your finished.) Now as far as the wings go. They were spicy but not uncomfortably spicy. You tasted it on your tongue. But the flavors of the Thai chili and the garlic powder were a match made in heaven. You didn’t even need blue cheese! (Yeah I said that!) And for all you vegan eaters they have a vegan menu and their wings have no GMO’s.

#2 : THE HUNTRESS whiskey and wings

Here’s Why: With their medieval themed bar. This bar focuses on nothing but chicken. Having 9 flavors of wings this swanky bar kind of lives up to its design and name. The hottest wing on the menu is what’s called the savage wing. But when ordering it you have to make sure you order ‘dragon style’.

Similar to sweet chilies style and texture of wings, ‘Huntress’ adds a lot of red peppers to the sauce giving it a little bit more flavor than sweet chili. But what sweet chili doesn’t have is that strong kick back! When biting into it mid convo I had to go for a walk. To catch my bearings. But I kept coming back for more because it tasted so good!

Overall Notes: The only problem with this and why it wasn’t number 1 was they didn’t serve blue cheese and had the fucking audacity to make their own ranch. Like come on bro! Who does this? That’s why nobody comes to Queens… Because of shit like that!

So apparently I am meant to write this huge paragraph between #2 and #1 to create some kind of anticipation or some kinda shit… but that’s just not me. If you haven’t noticed already, I’m a say it how it is kinda dude. So with that being said and without further adieu…. Here’s my number one pick.

Here’s Why: This fucking place is a lowkey bar in the middle of Tribeca (Yeah… that Deniro, Jay-Z neighborhood shit). Word on the street is this place got in trouble for serving a customer an extremely hot serving of wings called “The Super Wow”. The customer later had blisters all over their mouth because the sauce was unbearable. Mudville then decided to take that option off the menu and just leave the “Wow”. Even that option is too hot! Even with the celery and carrots along with blue cheese the sauce over-powers the blue cheese and there’s nothing really you can do to make it less hot.

Overall Notes: THUG IT OUT FOLKS!… and if you do happen to come to this spot, consult with your nearest clinic to make sure the blisters on your lips aren’t herpes and just hot sauce.