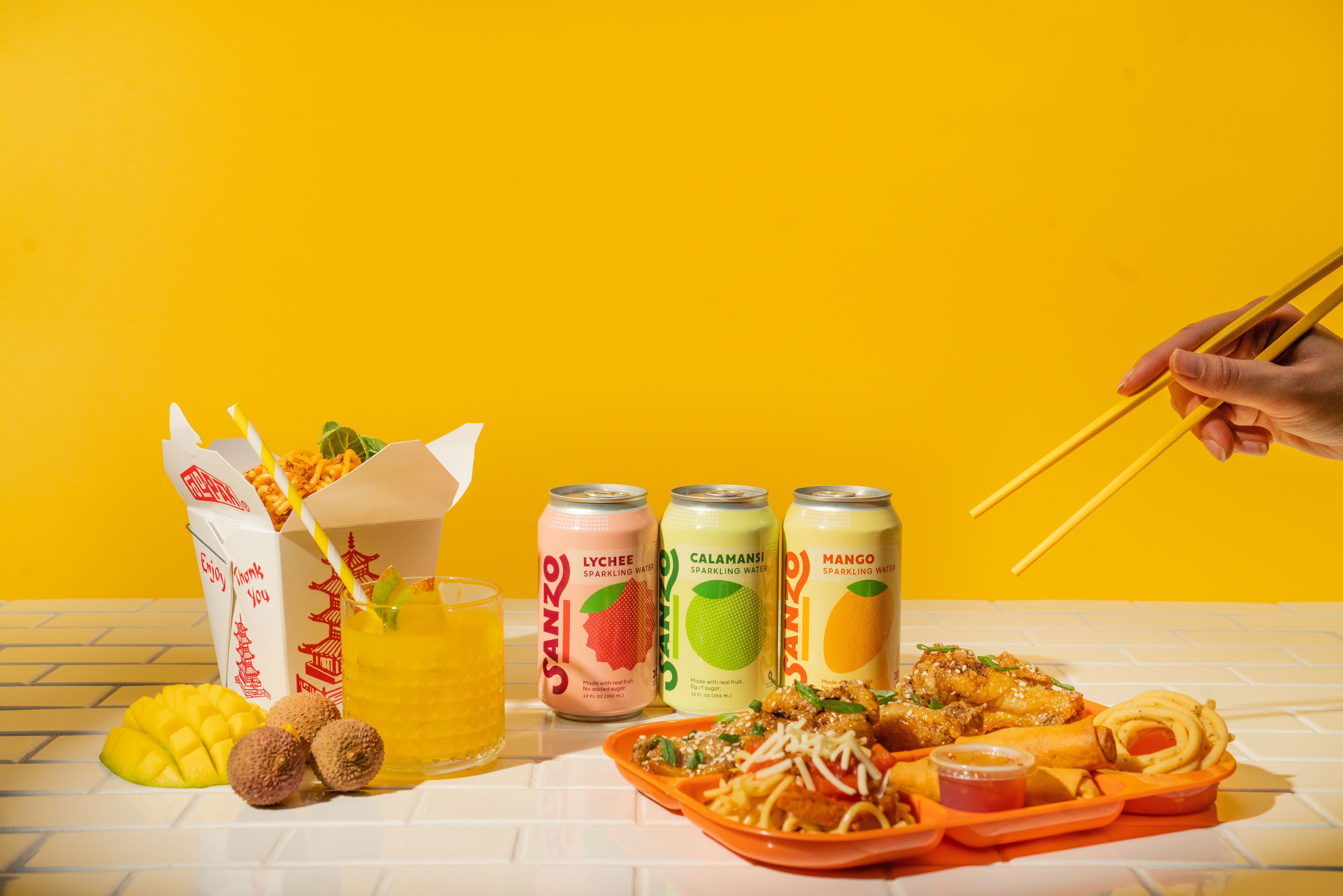 Four years ago we helped Sandro Rocco, founder & CEO of Sanzo carbonate his first sparkling water keg out of the Pilotworks kitchen space (this was back when we were Keepers). A couple of years later, we did a mini photoshoot in exchange for $100 and some dim-sum at Nom Wah. Now, with a major branding upgrade & a round of financing later, we were brought on to do a proper shoot for our dear friend. We love a good full-circle moment.

The art direction for the project was driven by retro aesthetics complimentary to the Asian-American experience (think Asian diner vibes and trendy mahjong tiles). We tapped into the longing for simpler times by mixing nostalgic, Asian-American elements with bright colors and familiar patterns to produce playfully enticing imagery.

Another notable quality of our shoot with Sanzo was how every aspect highlighted or supported the AAPI community. From brand ownership and product variety to the on-set crew and food for the shoot – all of it funneled capital back into our communities. And in a particularly vulnerable time for Asian Americans and Pacific Islanders, that kind of top-down support is important!

Sanzo is available online and at your local grocery stores nationwide!

The Best Cluck For Your Buck!